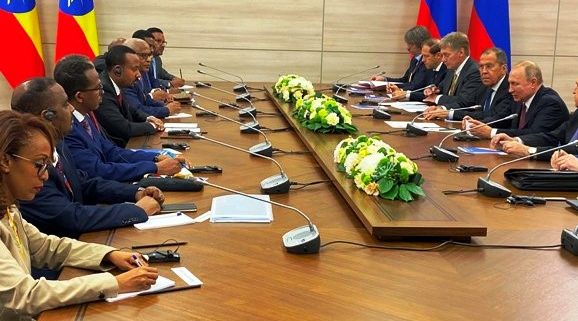 Prime Minister Dr Abiy Ahmed met with Russian President Vladimir Putin on the sidelines of the Russia-Africa Summit in the resort city of Sochi.

During the meeting, Prime Minister Dr Abiy briefed the Russian leader on the ongoing reform in Ethiopia.

The homegrown economic reform agenda launched in the country aims at making Ethiopia one of the top five economies in Africa over the coming ten years, he said.

Prime Minister Dr Abiy also thanked Russia for its support to Ethiopia during the war to protect its sovereignty.

President Putin for his part commended Ethiopia’s role under the leadership of IGAD to maintain peace and stability in the Horn of Africa.