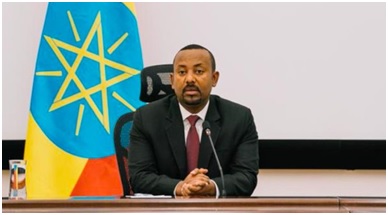 Prime Minister Abiy Ahmed convened Regional Presidents and National Election Board leadership this morning to follow up on the direction provided in the meeting of last week.

Following NEBE’s report that many polling stations were still pending, regions committed to ensuring requisite support to expedite the setting up of stations. Resultantly, both NEBE and regions confirmed today the progress made over the past week to set up polling stations and register voters.

The meeting also explored security preparedness among all regions in ensuring that the electoral process is peaceful and unhindered by agents of instability.

In this regard, the National Security Advisor, Gedu Andargachew presented the assessment made by the national electoral security committee, confirming that with the exception of a few hotspots, many polling stations throughout the country are ready to peacefully undertake elections.

Prime Minister Abiy Ahmed reiterated to Regional Presidents to scale up the momentum over the next week in enabling the full functionality of pending polling stations.

Citing that the upcoming elections are consequential in Ethiopia’s democratisation process, he urged all stakeholders to do their utmost in delivering on a successful and peaceful election.

Prime Minister Abiy also reflected on current security incidents, calling upon citizens to depart from emotion led actions and rather work together for stability and peace.

“Elections are a demonstration of building a democratic culture in which differences are addressed through the ballot and not by the bullet. Through the voting process, citizens exercise agency and actively participate in the building of a democratic process.” He said.

In this regard, he called upon youth to mobilise and strengthen the national security sector by enlisting for service and imparting their civic duties.