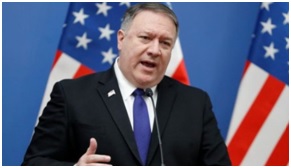 Meanwhile, in a statement he announced via his spokesperson, Secretary General Antonio Guterres has renewed the commitment of the United Nations, with its partners in the region, to support eh Government of Ethiopia in its reform efforts aimed at building a peaceful and secure future for all its people.

The Secretary-General also called for solutions to address issues between the federal government and the Trigray Regional State in order to ensure a peaceful resolution to the dispute.

He underlined the importance of the stability of Ethiopia for the Horn of Africa region.