Blog - Latest News
You are here: Home / Uncategorized / Statement delivered to the AU Peace and Security Council (AUPSC) on the... 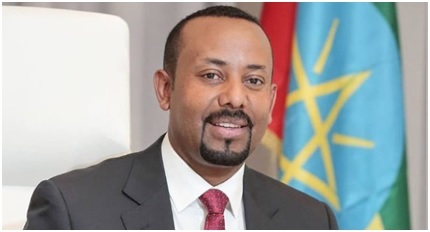 Statement delivered under Any Other Business (AOB)

Thank You, Mr. Chairperson for giving me the floor to provide a briefing on the current situation in Ethiopia.

Excellencies, since April 2018, Ethiopia has been undertaking an unprecedented wave of reforms towards the realization of a true democracy. The three decades preceding my administration were tainted with state capture by a minority clique.

To maintain power and control, the TPLF pitted ethnic groups against one another, fueling resentment, mistrust and animosity, while utilizing state power to suppress any form of dissent.

The period 2016-2018 was a clear demonstration of the Ethiopian people’s unity in saying enough to TPLF’s systematic oppression.

The deep political, economic and social reforms initiated by my administration since 2018 have been rooted in the demands and needs of the Ethiopian people. And undertaking such reforms in a period of transition is not an easy feat.

Ethiopia still continues to be in a transitional phase as my administration, together with the Ethiopian people, work to rebuild our institutions in a manner that reflects our diversity.

Unfortunately, the TPLF rejected all reforms introduced from the beginning of the new administration’s tenure. They utilized the networks and systems they had established over three decades to undermine efforts being made.

As my administration intensified the work to build democratic institutions; to exercise primacy of human rights; and to undertake tasks aimed at untapping potential for national prosperity, the TPLF embarked on a wave of overt and covert operations to make Ethiopia ungovernable.

The Ethiopian people’s quest for equity across all protected categories and the efforts to realize this were considered unacceptable by TPLF. As the architects of ethnic and religious divisions, together with their agents of destruction, they began to apply pressure on the fault lines they were responsible for forming in the past three decades. Their final aim was to deceitfully portray to the local and international community that they were better for Ethiopia.

Behind closed doors as well as in public appeals, my administration made numerous efforts to calm the belligerence. Continuous provocations were thwarted in attempts to enable dialogue and find a third way. As the TPLF’s orchestrated attacks on innocent civilians throughout the country intensified, public pressure mounted for a response.

Nevertheless, my administration continued to appease our people, pointing the direction instead towards dialogue as a means of settling any issues. We sent national elders to Mekelle and facilitated dialogue platforms to take place in Addis Ababa– which were all rebuffed by the TPLF.

Beyond the domestic terrorism TPLF cultivated over the past three years, they also vowed to utilize their existing networks to destabilize the Horn region, in attempts to undermine regional integration.

Following the unconstitutional election that the TPLF staged in the Tigray region, they began to mobilize the irregular militia and special forces. Public gatherings in the region called by the criminal clique evoked an impending war and unleashed propaganda upon the innocent people of Tigray to prepare for war.

Here again, our people cautioned against the belligerence and pushed for intervention, yet the Federal Government continued to resist the pressure to take premature measures.

The straw that broke the camel’s back arrived on November 4, 2020 when the Northern Command of the Ethiopian Defense Forces, stationed in Tigray Region for two decades, was attacked by the TPLF, with the intention to rob military equipment and other military assets.

The deliberate and heinous attack on the Northern Command of the Ethiopian National Defense Forces, is a crime of high treason under the Constitution and the laws of the land.

With a mandate from the House of People’s Representatives to intervene, the Provisional Administration of Tigray was put in place, while the National Defense Forces were given the instruction to protect and defend the Constitutional order.

In the first two weeks, the TPLF unleashed missiles on Bahir Dar and Gonder cities in the Amhara region. They undertook massive infrastructure damages, including to telecom and electricity assets as well as roads. They released more than 10,000 prisoners from correctional facilities, to make the region ungovernable.

They committed atrocious crimes against humanity in Maikadra and utilizing the resources they plundered through corruption from the country, hired lobbyists internationally in attempts to convince the international community that they as a criminal clique were the victim.

The main objective of the rule of law measures undertaken in the Tigray region by the Federal government and constitutionally sanctioned by the House of People’s Representatives ended in a short period of time with the control of Mekelle.

Bringing the criminal perpetrators to justice is ongoing with some that have been apprehended and others still in hiding. While we continue to detain those that are wanted for high treason and crimes against the state and people, our priority is on rebuilding the Tigray region and ensuring that our citizens in the region regain normalcy to their lives.

Claims of deliberate mistreatment of citizens in the region are baseless and aimed at sowing seeds of discord.

The Federal Government has taken the lead in providing humanitarian assistance for several months now with more than 84,000 metric tons, reaching 4.1million people in the region.

While the international community has been loudly proclaiming the need for assistance, partner support remains at 30% while the Federal government has covered the lion’s share of 70%.

Even after provision of unfettered access, we have great worry that international partners have not acted in congruence with the level of concern expressed.

Extensive rebuilding work is being undertaken in the region. Telecom and electricity lines have been repaired in most cities and towns. Banks are operating fully. Health centers have been opened and so have schools. As of yesterday, March 8, schools throughout the country, including the Tigray region, have sat for school leaving certificate examinations.

The Provisional Administration is operational all the way down to the district level in many parts of the region and strengthening its capabilities to effectively provide public service.

As host country to a large refugee population, Ethiopia has continued its commitment to more than 50,000 refugees that were settled in four camps in the Tigray region, in addition to the thousands out of camp. Efforts to provide a more hospitable environment for those in two of the four camps have been in the pipeline prior to the rule of law operations.

Resultantly, Hitsas and Shimelba camps were consolidated and Ethiopia has so far successfully resettled more than six thousand refugees into the better facilities of Mai-Ani and Adi Harush within the region.

The Government of Ethiopia has also taken concrete steps to address alleged human rights abuses that might have occurred within the context of the law enforcement operation triggered by the TPLF.

The Ethiopian Human Rights Commission is also conducting its own independent investigation in relation to incidents and allegations in other parts of the Tigray Region including in Axum.

The government has also signaled its willingness to collaborate with relevant UN agencies for the purpose of these investigations.

Ethiopia has always stood by her neighbors and fellow Africans in their time of need. Through bilateral and continental instruments, the Government and people of Ethiopia have especially shown over the past three years, our yearning for working harmoniously with the rest of the continent. We have demonstrated our aspirations for national growth, for regional integration and for continental unity.

Our pan-African ideals are rooted in the hope and possibility that our continental resources are used to uplift our people and our continent to its deserved stature as a global player.

Those that cultivate divisions amongst us as Africans do so to assert hegemony over the developmental possibilities we can manifest if we were united. Ethiopia’s insistence and call to her brothers and sisters to adopt our ‘African Solutions to African Problems’ approach is a call to assert our capacity to hold one another accountable when we need to without the domination of those asserting morale righteousness over us.

Ethiopia stands ready to enable the continental institutions and instruments we have set up as Africans to function.

We express our will to openly engage the African Commission on Human and People’s Rights in undertaking investigations jointly with the Ethiopian Human Rights Commission.

As Ethiopia experiences this wave of conspired international admonition for daring to enforce the rule of law within its borders, I appeal to my fellow African to stand with Ethiopia in championing African Solutions to African Problems!

We are very grateful to the AU and it’s the Member States for their Pan-African solidarity and support throughout this difficult time.

We are confident that we will continue to enjoy your unreserved support and understanding in the course of this humanitarian operation and all the challenges associated with strengthening the Provisional Administration of Tigray.