Blog - Latest News
You are here: Home / Uncategorized / Statement on preoccupying issues in Ethiopia and the way forward (August... 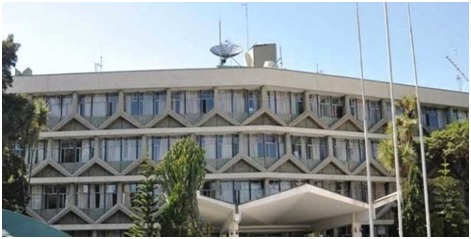 The situation in Tigray and the unilateral humanitarian ceasefire declared by the Government of Ethiopia, including the need to enhancing All-inclusive National Dialogue, have been the major preoccupying issues lately.

The Government of Ethiopia has been committed to the Unilateral Humanitarian Ceasefire that it has declared on 28 June 2021 in a bid to give respite to the people of Tigray and make use of the farming season.

Regrettably, the TPLF has failed to reciprocate. The terrorist group chose to launch new attacks in neighboring regions of Afar and Amhara, which left more than 300,000 people displaced and thousands dead. The Government of Ethiopia has been firm in its commitment to the ceasefire. However, the international community should stop giving a deaf ear to the ongoing atrocities of the terrorist enterprise of TPLF. The Government of Ethiopia could not allow the warmongering group to launch new attacks in neighboring regions and continue disrupting the livelihood of the people. The action of the irresponsible group is testing the Federal Government’s patience and pushing it to change its defensive mood which has been taken for the sake of the unilateral humanitarian ceasefire. It is high time to call a spade a spade and hold the terrorist group accountable for the death of thousands of teenagers that it is wantonly using as cannon fodders. Though the Federal Government of Ethiopia has left no stone unturned to give lasting peace to the situation in Tigray, it’s being forced to do none but respond to the renewed resolve of the terrorist TPLF to expand the conflict to the neighboring regions and destabilizing the country.

Concerning humanitarian access, the Government of Ethiopia remains committed to employing everything at its disposal to expedite the process and let the necessary aid reach the people of Tigray. The effort to give humanitarian support also includes the newly displaced people of the Afar and Amhara regions due to the ongoing atrocities of the terrorist enterprise of TPLF.

The terrorist enterprise has been playing the victim while keeps on hindering humanitarian access. The Government of Ethiopia once again calls upon the international community to condemn continued acts of hostility perpetrated by the terrorist TPLF despite the unilateral humanitarian ceasefire.

The government of Ethiopia also reiterates its demand that the illegal armed group active in Tigray at the moment desist from the use of terrorist tactics, covert and overt hostile acts, and acts of aggression. The Government of Ethiopia also calls upon the masterminds of the attack against the northern command to stand trial for their wanton crimes against the Ethiopian state, its constitutional order, and the suffering and pain their reckless acts have caused. The government of Ethiopia also reaffirms its commitment to ensuring accountability and justice for crimes and gross violations of pertinent legal norms committed by any party throughout the duration of and before the onset of the conflict. It also underscores the need to respect democratic norms and principles as enshrined in the African Charter on Democracy, Elections, and Governance, while categorically rejecting all initiatives and external pressures to circumvent the constitutional order and the expressed will of the people of Ethiopia through the ballot box.

Regarding enduring peace, enhancing democratization, and the ongoing reform process, Ethiopia has recently conducted one of the most transparent, free, fair, democratic, and credible elections. Ethiopia believes that the election laid a strong foundation for building democratic culture in the country. The new government will incorporate members of opposition political parties and enhance the ongoing inclusive national dialogue to broaden democratization and boost national consensus.

With continued fresh attacks in neighboring Afar and Amhara regions, the intransigence of the warmongering TPLF is increasingly making every endeavor to peace unattainable. Thus, cognizant of its moral, legal, and political obligation to defend the territorial integrity and sovereignty of the state, the Federal Government of Ethiopia is being pushed to mobilize and deploy the entire defensive capability of the state if its humanitarian overtures for a peaceful resolution of the conflict remain unreciprocated.