Blog - Latest News
You are here: Home / Uncategorized / To Be Relevant, The UN Security Council Must Be Fair And Impartial: World... 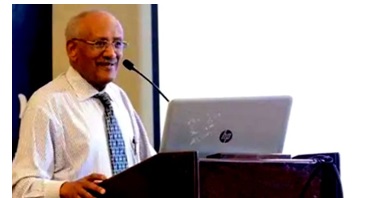 The World Bank Senior Advisor at World Bank Washington, District of Columbia, Dr. Aklog Birara, through a letter issued yesterday, urged the UN Security Council to be fair and impartial regarding circumstances in Ethiopia.

In his letter, Dr. Aklog Birara indicated that Ethiopia is a founding member of the UN and a major contributor to peacekeeping operations. It hosts the African Union and numerous UN specialized agencies.

For decades, Ethiopia stood out as a pillar of stability, a promising model for sustainable and equitable development in Africa, the advisor noted.

Ethiopia’s reform process over the past 3 years was poised to establish multi-party democracy through free and fair elections; and restore public confidence in Government officials at all levels of government after almost 30 years of corrupt governance. The reform process was marred by the defection of the Tigray People’s Liberation Front (TPLF) that sponsored at least 133 ethnic conflicts in the past 12 months alone, he said.

The TPLF committed treason and heinous crimes against humanity in its selective  murders of non-Tigrean military officers and soldiers affiliated with Ethiopia’s Northern  Command in Tigray; followed by its wholesale massacres of civilians at the village of Mai  Kadra where 1,200 innocent people, including day laborers were slaughtered, the advisor illustrated.

He underscored that the international community failed to hold the TPLF and its allies accountable for the numerous reported and unreported Mai Kadra like killings throughout Ethiopia. Reversing the matter and accusing the victims as responsible for crimes they never committed is unprecedented in the annals of recent history. This undermines the moral high ground and authority of international institutions including the UN and the AU.

Over the 27 years of brutal governance, the TPLF promulgated draconian civil society and anti-terrorist laws; killed tens of thousands of Oromo, Somali, Annuak, Amhara and other nationalities, most of them young; stole, siphoned off and illicitly moved out of Ethiopia millions of dollars that it is currently using to lobby, conduct cyber warfare, disseminate disinformation, and finance the resurgence of the TPLF, the letter by the advisor indicates.

The TPLF must be designated as a terrorist organization. It committed heinous crimes and treason. It is also determined to make Ethiopia another Syria, Somalia and or Yemen. This is hardly in the interest of Africa or the world community, he underlined.

A unified, stable, and prosperous Ethiopia is in the interest of the international community. This is where the community of nations must focus.

Tripartite negotiation on the GERD must continue under the auspices of the African Union. Further involvement by the UN, the European Union, the United States, and the World Bank in this African matter will undercut and severely impair the role of the African Union. The UN Security Council must refrain from entertaining Egypt’s demand, he urged.

Sanctioning Ethiopia will do the exact opposite. Economic and other sanctions against Ethiopia will inflame the situation further. It will be unprecedented. This option must not even be contemplated by the UN. Such a move will in fact embolden extremist, terrorist, and other dangerous forces in the Horn of Africa, he added.

To be relevant, the UN Security Council Must be fair and impartial, he stressed.

From the League of Nations up to now, Ethiopia, as a country, has been committed to collective security. It is committed to the foundational principle in the UN Charter of non-interference of any state or organization in the domestic affairs of any other nation, the letter says.

It saddens those of us who are committed to inclusive governance in Ethiopia and who mobilize and channel funds constantly to support humanitarian causes in Ethiopia regardless of ethnic affiliation that the UN Security Council accepted an unverified report concerning large scale killings in the historic town of Aksum by Ethiopian and Eritrean forces, the letter indicates.

Collateral damage in a war like environment is inevitable. There is no credible and corroborated evidence to support large scale killing in Aksum. TPLF cadres are reported to have shot at some innocent civilians with the intent of blaming it on Ethiopian and Eritrean troops, the advisor noted.

“Insiders report that church services at Aksum, one of Ethiopia’s most sacred places of worship took place without incident. The TPLF attacked Eritrea and cities in Ethiopia’s heartland with rockets. So, why did the UN Security Council fail to recognize this criminal act and the fabricated dissemination of narratives by the TPLF?”, the letter from the advisor says.