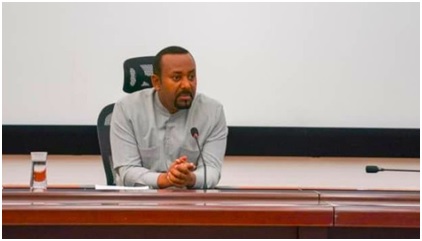 The Council of Ministers, in its 95th regular session, discussed various issues and passed decisions accordingly.

In a statement issued regarding the decisions, the Office of Prime Minister indicated that the council has passed a resolution to grant debt relief for public development enterprises that have been engaged in construction of several mega projects across the country.

The decision has been passed in the light of some administrative shortcomings and poor performances the enterprises have encountered due to lack of thorough preparations before they embarked on their businesses, the statement indicates.

The Public enterprises have been taken as part of the homegrown economic development framework adjustment in an effort underway to enhance their capabilities.

According to the statement, the council has also endorsed a regulation on establishment a corporation tasked to manage debt of public enterprises, ensure proper debt and resource management activities and decided to publish the guideline on Negarit Gazeta.

The council also discussed the draft proclamation for the approval of a loan agreement with Finland based Danske Bank for the implementation of the Meteorological Observation Infrastructure and Prediction Capacity Building Project. Such agreement is intended to build state-of-the-art weather monitoring radar, lightning detection and mobile air pollution monitoring stations and human resource capacity for the National Meteorological Agency.

The management and other related expenses of the loan which amounts 8.8 Million Euros is said to be covered by the Finnish government.

Finally, the Council discussed a draft proclamation of federal advocacy licensing and administration. Taking some gaps seen in the existing advocacy proclamation in to consideration, the council endorsed the draft law which is said to consider multi-secoral reforms of the country and international best practices.

After deliberating on the draft proclamation, the House decided to submit it to the House of Peoples’ Representatives for approval.