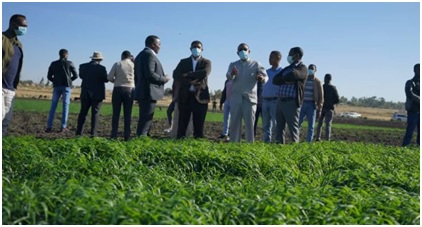 Prime Minister Abiy along with high ranking government officials has paid a visit to a farmland in Oromia Regional State.

The Prime Minister said that Great work has been undertaken so far in Oromia region to grow 130,000 hectares of low land wheat through irrigation.

The current progress of a total 300,000 hectares planned, greatly demonstrates our import substitution aspirations and capacity, he said.