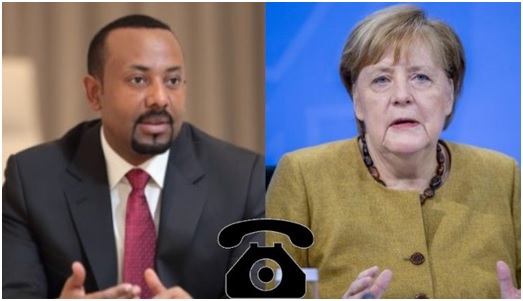 Prime Minister Abiy said the conversation he held with the German chancellor was good and productive.

According to the Prime Minister, the two have discussed national and regional issues including COVID 19.

Ethiopians In Boston, US Contribute Over $12,000 To People In Need (February...