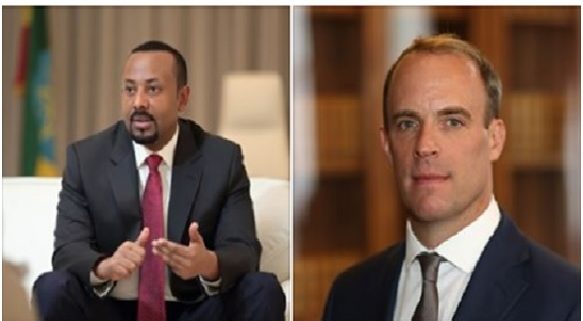 Premier Abiy has phoned British Foreign Secretary, Dominic Raab on ways of strengthening cooperation to avert the spread of COVID-19.

The two sides discussed wide range of issues including collaboration on enhancing response between Ethiopia and UK in the efforts to contain the spread of the virus,

“I had great phone discussion with UK Foreign Secretary, Dominic Raab, on enhancing cooperation between Ethiopia and the UK in COVID19 response,” the prime minister stated.

He added Ethiopia has been seeking UK’s support that would be vital in the prevention and containment COVID-19.