Blog - Latest News
You are here: Home / Uncategorized / Final Notice from the Government of Ethiopia to All Allied With the TPLF... 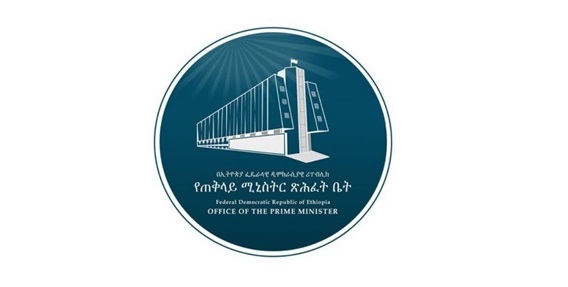 The recent statement from Office of Prime Minister reads – It is an established fact that the dominant group within TPLF violated the constitution and other basic laws of the land in attacking the defence forces, which are the hope and pride of the country.

Even prior to the attack, the perpetrators had engaged in various illegal activities that threatened the peace and unity of the nation. Breakdown of peace, death, displacement, and communal instability have been the results of direct and indirect crimes committed by the TPLF clique.

The unlawful TPLF group committed a treasonous act against Ethiopia, considering the Federal Government’s patience and attempt to resolve matters peacefully as a weakness. In particular, the massive attack on our defence forces is a crime that threatens the very existence of the country.

In fulfilling this obligation, the federal government took legal action against the TPLF criminal clique.

The action taken has eroded the illegal military setup of the clique which has been a major threat to our country and the region. Some of the key leaders of this group have been arrested and brought to justice, while the rest have been weakened and become fugitives.

In accordance with the Constitution as well as the decision of the House of Federation, a Provisional

Administration has been established in the region. The federal government is also working to rebuild the region and rehabilitate the victims of the conflict instigated by the clique.

This reconstruction and rehabilitation works require the effort and support of all. It is to be recalled that the government called on all Ethiopians, as well as the international community, to take part in rebuilding Tigray.

Ethiopians who originated from the region are among the prominent actors who could play an irreplaceable role in reducing the human and material damage and making the region a better place for governance and development. Some of these citizens however had taken up arms and went into battlefields either being swayed by TPLF propaganda or forced by the illegal group. Nevertheless, the government recognizes that natives of the region are not the main culprits.

The government strongly believes in handling the matter patiently with the understanding that patriotic natives, who were not involved in the looting and plundering, rather opposed the government at the instigation of the destructive group.

Therefore, the government believes that the participation of various parties is crucial to strengthen national unity and rebuild our common values, solidarity and infrastructure damaged by the destructive group. As a result, with the exception of senior TPLF military and political leaders who

are suspected of being involved in the illegal attacks and related crimes and against whom arrest warrants has been issued, other citizens and natives of the region are called upon to return to their villages and homes within a week and join the community. In such a way, citizens that are natives of the region who decide to detach from the destructive group and refrain from engaging in destructive activities are asked to resume their normal lives and live peacefully without any legal liability.

The relevant security, administrative, and law enforcement agencies have been provided with the necessary resources to welcome and co-operate with these citizens.

The government is calling on senior TPLF military and political leaders, who are suspected to have played a key role in the crime, to surrender peacefully to law enforcement agencies.

The government calls on these leaders to do their part by learning from the devastation and damage so far, presenting themselves to justice, preventing further national loss and not shedding the blood of citizens in vain.

US Provides Additional $52m In Assistance To People Affected In Tigray (March...