Blog - Latest News
You are here: Home / Uncategorized / Leadership Can Only Be Attained Through Elections-PM Abiy Ahmed (April... 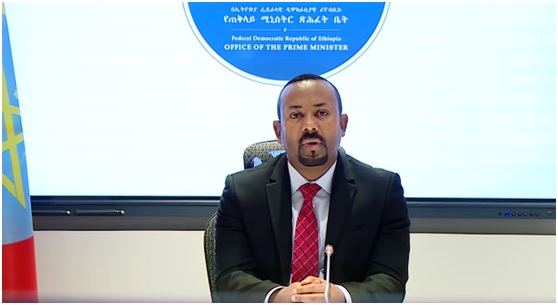 Prime Minister Abiy Ahmed, in a message he delivered today, said   today stated saying:  “In Ethiopia, aside from power through elections, there will not be a government created on the basis of negotiations or transitions. Leadership can only be attained through elections.”

With this understanding, competing entities that have ideas and organizational structures can sell their ideas and get elected by convincing the public, he underlined.

“While we who want the elections to be democratic are then expected to work our very best to ensure that the environment is conducive in enabling transition and formation of a legitimate and strong government.  Hallucinations outside of this process will not materialize.”, the premier noted.

To ensure that democratic path we have begun does not regress, competing political parties, citizens and government have to work together with a high sense of responsibility, the Premier stressed.

An election that will make Ethiopia successful is a peaceful one. We aspire for an election that creates a level playing field for all competitors; one that cultivates and multiplies for the benefit of Ethiopia, individuals who are advanced in thoughts, actions and experience; who are not making promises just for elections but showing by doing; who respect and listen to the people, who are not stealing but striving for Ethiopia, he said.