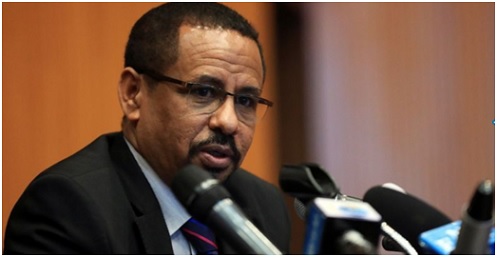 The Tigray Interim Administration Chief Executive Dr Mulu Nega has briefed more than 40 resident ambassadors who have been to the region about the current situation in the region today.

He explained to the ambassadors how the TPLF clique provoked the national army by attacking the Northern Command based in the region and the progress made after the law enforcement operation.

He noted that the TPLF plan was to destabilize the country.

According to Dr Mulu, the interim administration was established with the main objective of reorganizing the collapsed government institutions and ensuring safety and stability in the region.

The interim administration is currently mobilizing resources to restore damaged infrastructures and respond rapidly to humanitarian crisis in the region as people still need immediate assistance.

Sporadic attacks carried out by small groups have continued as a challenge, the CEO said, adding that fake news and propaganda of TPLF are the other challenges.

Interim Administration cabinet member and humanitarian support coordinator, Agezew Hidaru on his part explained the damage that has been carried out by the fugitive group.

The coordinator revealed that the damages caused on only 16 factories in the region were estimated over 11 billion birr, according to ENA.

Ethiopians In US Condemn Interference, Spread Of Misinformation (March 10, ...