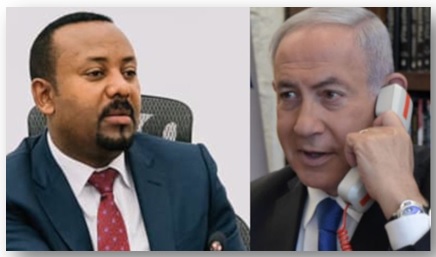 The Premier congratulated the Israeli Prime Minister Benjamin Netanyahu for the historic agreements reached between Israel, the UAE and Bahrain.

During their conversation, Abiy said that Prime Netanyahu had pioneered a historic step that will only be truly appreciated by future generations.

Leaders of the two countries also conferred about ways of assisting Ethiopian Jews in making aliyah.

The two leaders also discussed the possibility of further developing agriculture cooperation, as well as increasing Israeli aid to Ethiopia, according to Jerusalem Post.