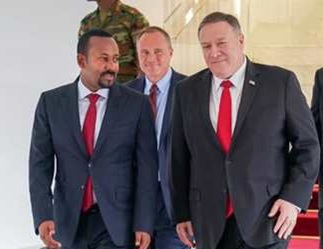 The two discussed strengthening of the relationships between Ethiopia and the US, continued areas of cooperation, regional matters, as well as the reform in Ethiopia.

They explored in detail the ongoing holistic reform taking place in Ethiopia, according to office of the Prime Minister.

An agreement has been reached to strengthen the reform to which the US Government plans to provide substantial financial support.