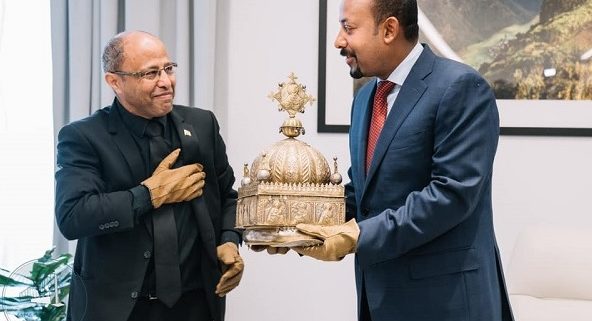 The government of the Netherlands today handed over a stolen 18th century Ethiopian crown after a 27 years hid in Dutch apartment.

According to Office of the Prime Minister, the crown had been missing since 1993 and rediscovered in Rotterdam, Netherlands in October 2019.

Ethiopian Sirak Asfaw, who fled to the Netherlands in the late 1970s, discovered the crown in the suitcase of a visitor.

The gilded copper crown features depictions of the Holy Trinity and Christ’s disciples. The Netherlands government facilitated this handover with the belief that it has a duty to restitute this important artifact back to Ethiopia