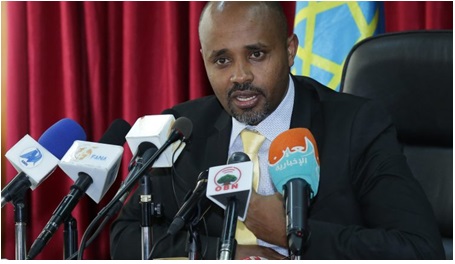 The World Bank and International Monetary Fund (IMF) have pledged to extend over 5 billion US dollars over the coming three years in support of the ongoing Ethiopia’s economic reform, Ministry of Finance said.

The fund would be in a form of assistance and loan, ENA quoted the State Minister as saying.

“The economic reform we have initiated needs huge amount of finance and we cannot collect this resource with our current potential,” the state minister said, adding that “the good news is our global development partners, particularly WB and IMF agreed to cover over half of the funding for this ambition economic reform.”

Ethiopia, in its three years of economic reform, needs 10 billion US dollars that would be mobilized from domestic resources and international development partners.

Noting that this is the ever huge amount of financial support the two partners extended to Ethiopia, Eyob said the two giant financial organizations will approve the money next week.

Ethiopia launched the “Homegrown Economic Reform” in the sectoral, structural and macro-economic areas to minimize debt burden, adjust imbalance of external and internal trade as well as to mobilize domestic resource.