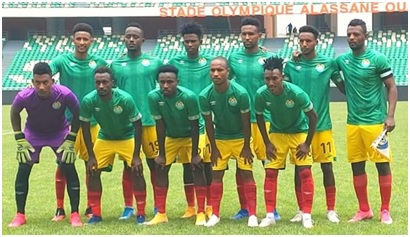 The Ethiopian National Football Team has qualified for the 2021 Africa Cup of Nations (AFCON) after eight years of absences from the continental competition.

A goalless draw between Niger and Madagascar helped Ethiopia to qualify from its group with 9 points. Ivory Coast finished the group first with 13 points.

The match between Ethiopia and Ivory Coast halted after the referee was taken off the pitch and hospitalized after he was collapsed.

The 2021 Africa Cup of Nations will be held in Cameroon.